Years and years ago, I came home to the Valentine’s Day gift that would keep on giving.  He kept on giving for the next 14 years.  Or taking, or eating, or growing or however you want to look at it.

I’ve never had a pet as long as I’ve had Grip.  Most of my cats “ran away” or got hit by cars.  I looked after my Nana’s dog for a long time, but whenever she returned from her travels, “Impy” went back with her.  None them were around as long as Agrippa.  He’s been mine for about 14 years.

14 years is a long time for a kitty, especially a really fat kitty.  How he got so fat, I’m not really sure.  He just kept growing and growing, and then he grew some more after he was neutered.  His origins aren’t entirely clear, but from what I remember, he was found in a field in a box, then brought to a pet store, then home to live with us.   There was a time where we thought he might be a mountain lion, he was getting so big so fast.  Eventually he stopped growing at around 35 pounds.

The worst of it was not his size, but he was a total bastard as a kitten.  He used to tear around our then apartment, climbing up people using his claws, scratching, biting, attacking at every opportunity.  I can think of at least 5 people off the top of my head that likely have permanent scars from his misbehaviour.  We couldn’t control him.  We’d lock him in his kitty carrier to calm him down, but he figured out how to unlock it.  He’d get the gate open, and come tearing out faster and more furious than before.  Probably the meanest cat around.  But he was so very very sweet too–if there ever was a Jekyl/Hyde kitty situation, this was it.  He would curl up at night between our pillows and cuddle with us all night long.  In the morning we would wake to the sweet smell of his kitty breath.  I’ll miss his kitty breath the most.

Grip spent the majority of his life eating diet food and having human sized poops.  He was so big, he relied on Simon to keep him clean.  He was a total pain in the ass, but I spent many lonely nights cuddled up with him in my bed.  When I had no one, I always had Tubby, and I’m certain that there never was another pet that loved their master as much as he loved me.

He was confused when Marigold was born, and he watched me like a hawk when I first brought her home. He eventually took to her and they became very good chums.  He tolerated her hugs and tugs and kisses, and often looked for her if she was away visiting her auntie or grandparents for the night.  She loved him, and he loved her which made this whole thing incredibly difficult. 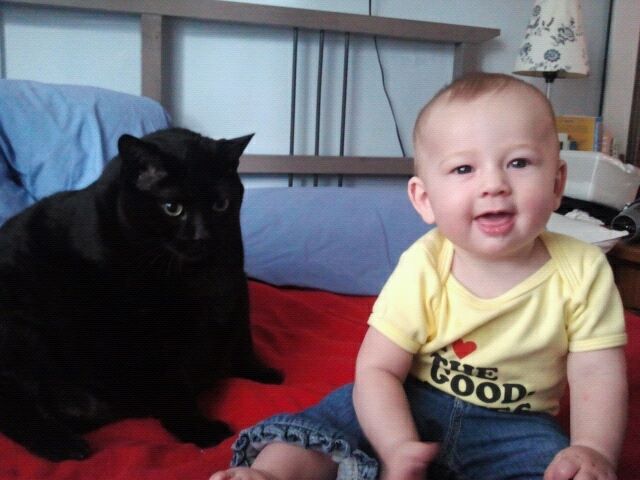 Last Tuesday, we said goodbye to Agrippa, the Roman statesman kitty.  It was his time.  I asked some of his old friends to say a few words about him.

“Oh poor boy. He was scary but still part of the family.  He wanted to hurt me but not bad enough to lose his comfy spot”

“Hard to believe that he was such a fiesty little thing. I will miss that girth.  Actually, he was a demon. He would attack us for no reason.”

“When I read that Agrippa had died, the first thing that came to mind was Gord and Andrea’s place on Spencer…We ate, we talked, we napped. We put on music to propel us into the night, then came crashing back home. We talked into the early morning until we fell asleep, then we got up and started all over again. What was it, that magic we created? I don’t know. But Agrippa was there, and is still, presiding over some of my fondest memories.”

“He is the best damned cat that ever lived.  A true legend.  He was a great friend.  Over the years, I’ve thought about him often and I’ve always missed him very much.  Today, I’m really sad” 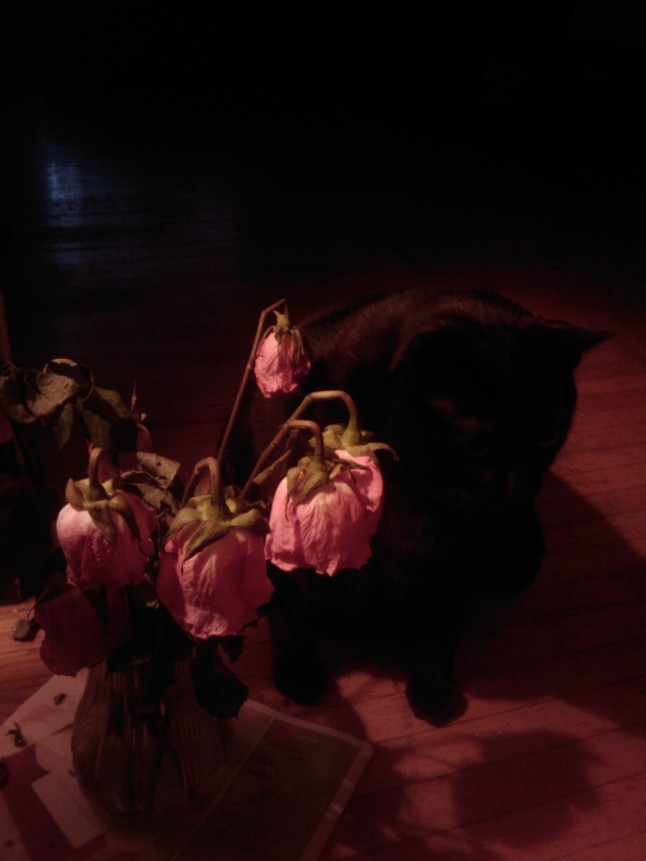 Thus ends the long and obese tail of Agrippa.  If there is some sort of kitty after life, I’m sure Grip has found Simon and they have banded together to form the unholy army of the night they always dreamed about.  But rather than causing kitty mischief, they’ve found somewhere cozy to snuggle up and groom each other.   Lazy bastards. 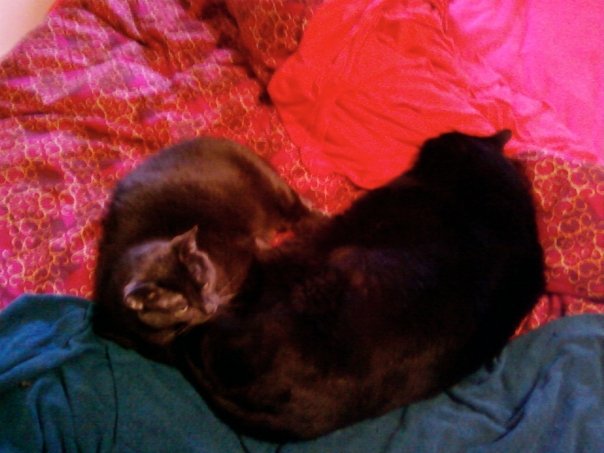 Little known fact about Agrippa…his favourite band was the Pogues (Simon was more into Neil Young).  This song goes out to him.