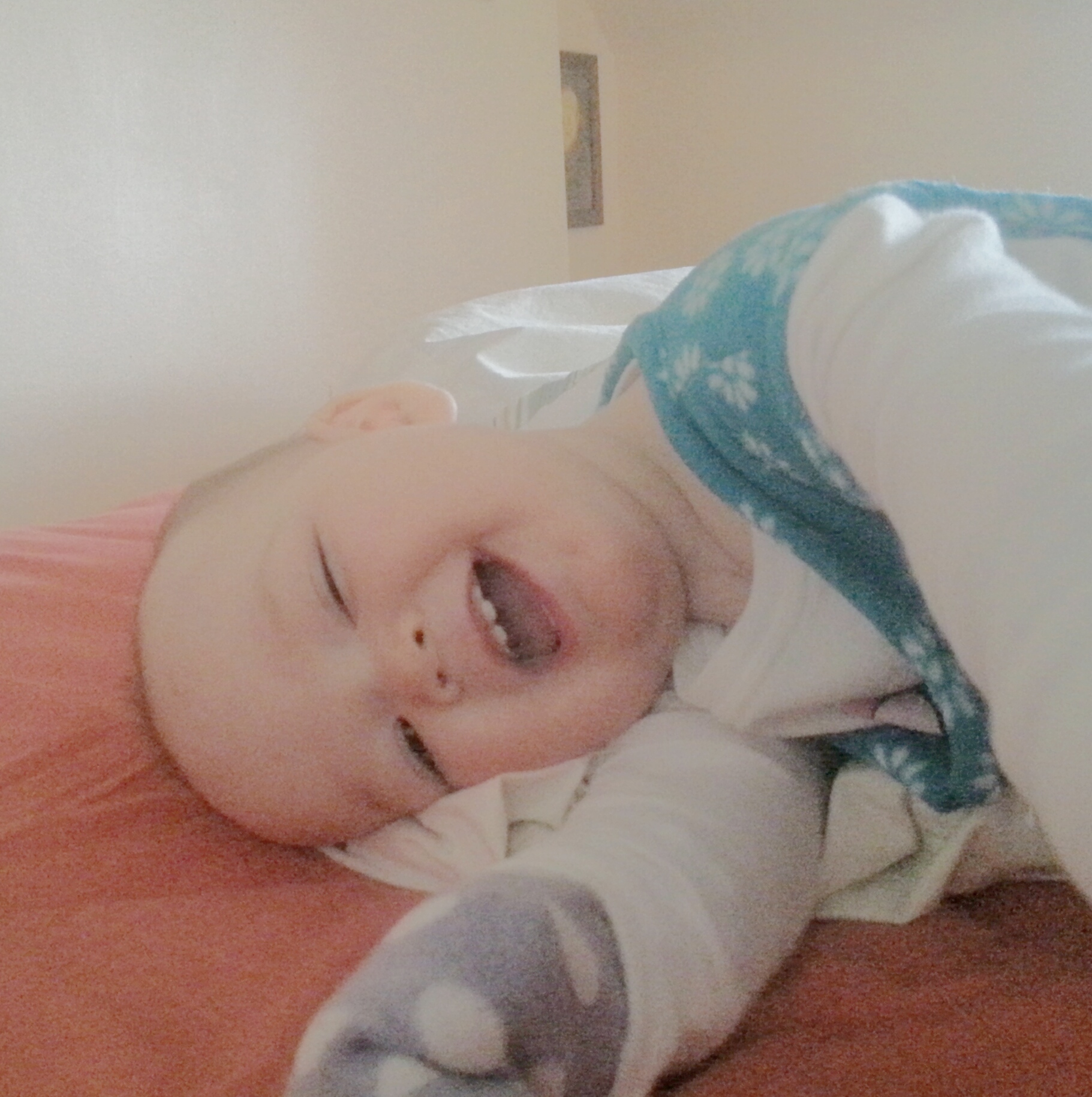 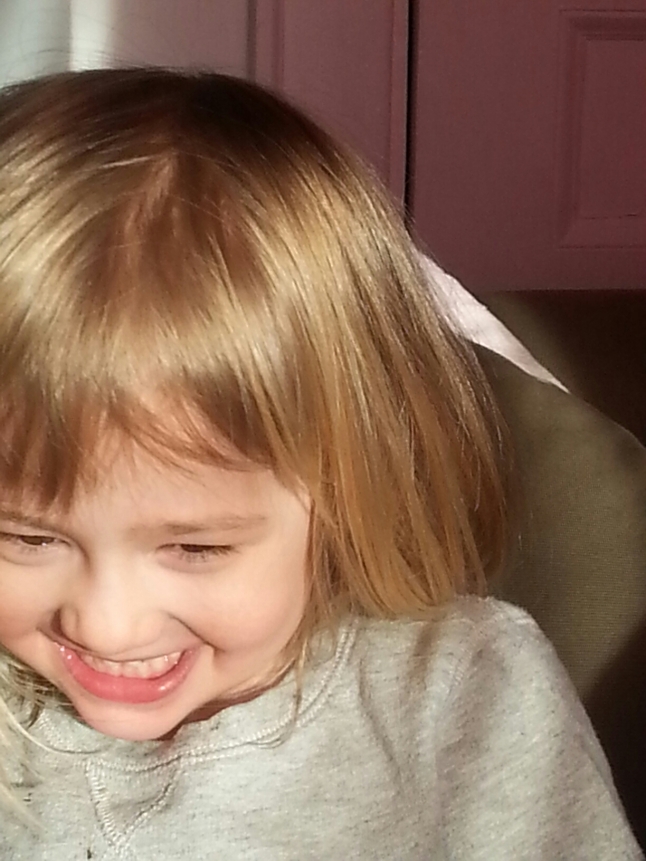 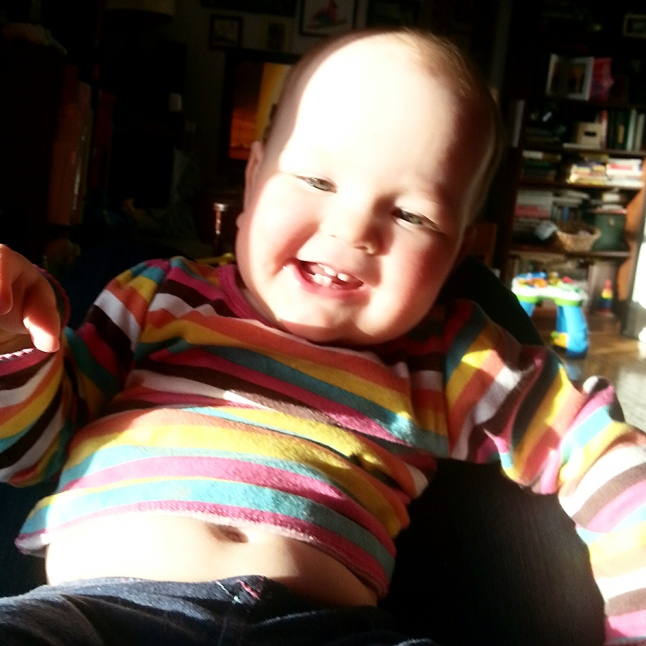 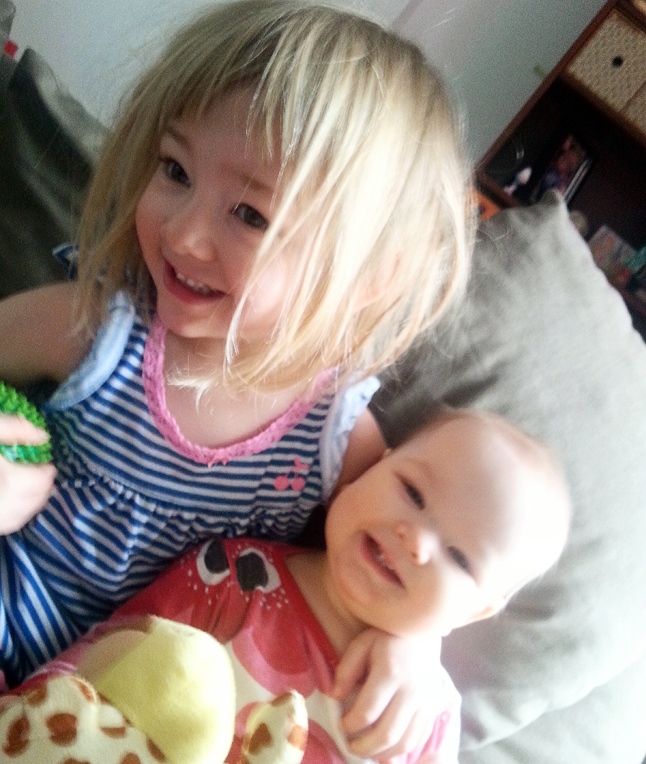 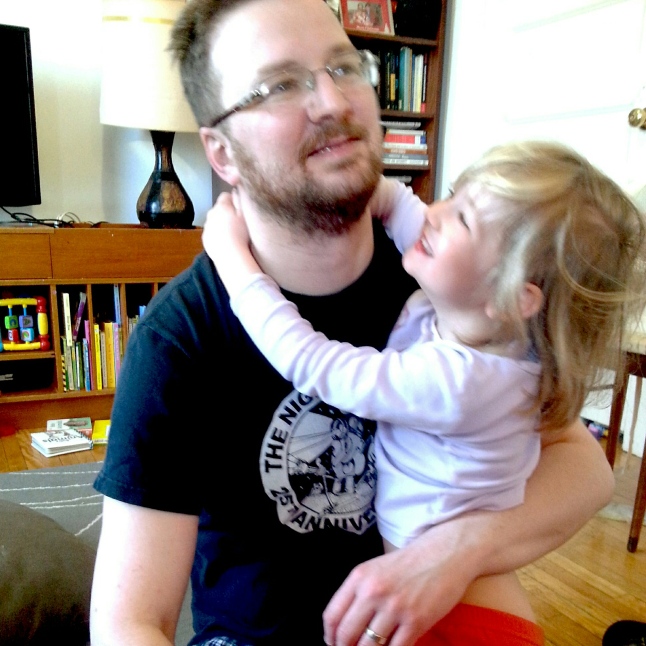 I don’t really believe in astrology, but historically I’ve found myself to be more friendly with capricorns, aquarius’ and tauruses.  Never really found myself close to an Aries, and as such I think of her as quite the an unlikely friend.  Not only is she an Aries, but she’s also 9 years my junior and I met her only because I hired her way back in 2010.  Unlikely a friendship as it may seem, she’s pretty much been by my side since then. 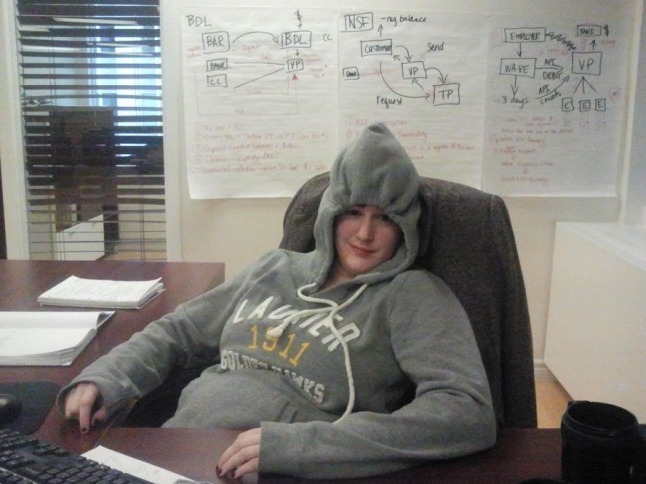 I remember what she wore for her interview–it was quite formal, a white blouse and a high waisted black skirt.  I don’t think she was wearing heels though–she wasn’t able to really pull off heels until about 2012.  I was looking for someone at the time to be part of the department I was building in my previous company, and between her, and one other girl, I knew I had found the right people to take on the job.

Both girls were cheery, with great personalities and teachable spirits.  Their experience was limited, but I knew I had found a couple of gems, so I snatched them up, not a moment too soon.  When I changed jobs in 2012, I had stumbled on a company primed for growth, and I felt like a mountain of work was just around the corner and I could never face it alone.  So I called on Smash. 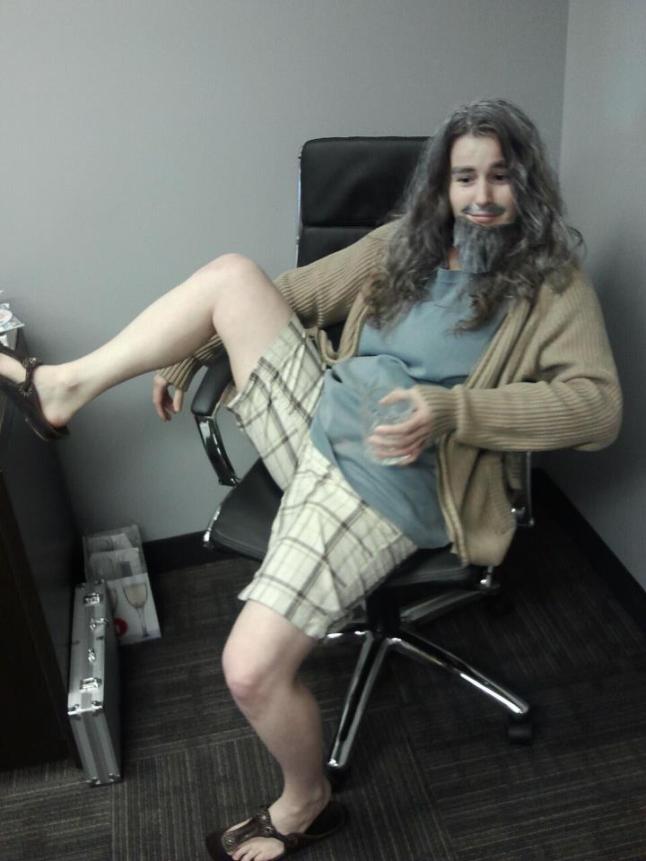 She had kept the ship a-sail for me while I was maternity leave the first time–she is smart, dependable, reliable, creative with a lot of really great, though sometimes zany, ideas.  We’ve had a lot of ups and downs, since she came to work with me again, more ups than downs though.  We’ve had a lot of laughs and good times, but the work pace was much slower than what we were used to, and sometimes our frustrations with work and our desires to move more quickly drove distance between us.

There were times where I felt like she was judging me.  There were times where I felt like she hated me.  There were times I felt utterly, totally and weirdly responsible for any unhappiness she felt in life.    And I can only begin to imagine what she felt about me–Picky, bossy, fussy, know it all Peattie.  I am fairly certain she wanted to tear my head off at times, but fortunately we got through it….all body parts in tact.  While it sounds crazy, it might do you some good to understand that we literally spend at least 40 hours a week together, face to face, less than three feet apart–and have for close to two straight years. 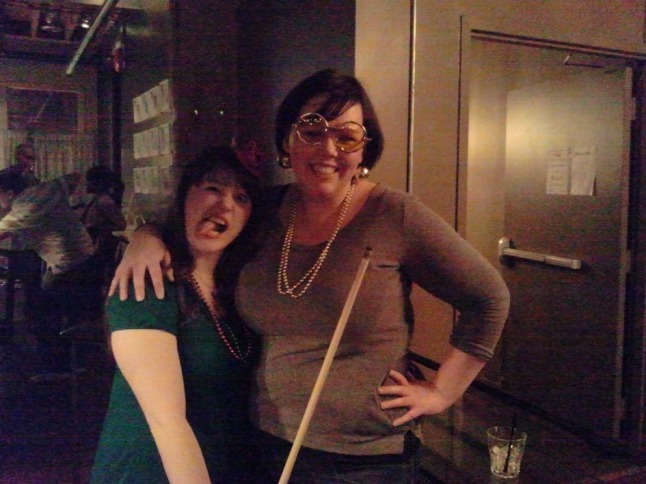 Friends through the bad times 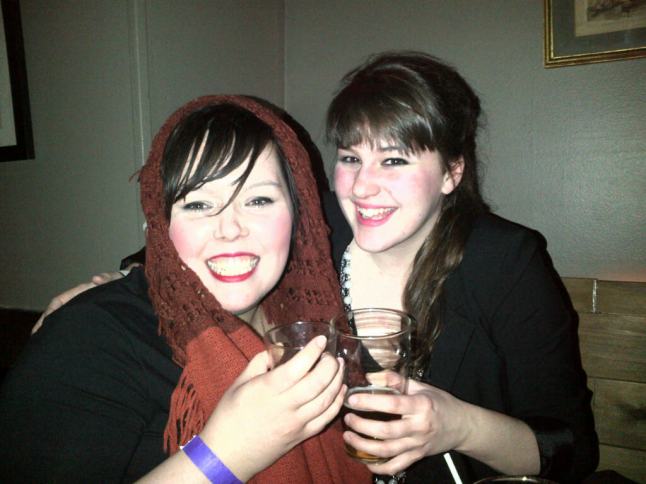 And friends through the good times (photo credit Smashing Through Life)

We were open with each other on almost every subject and we trusted each other in more ways that we had trusted other friends in our lives.  And now as I start my maternity leave, I am trusting her again–with my job.  Finally, after waiting patiently, things are starting to happen.  She’s been promoted into the role she came on board to do–at a critical time in the company’s history.  She’s taking on significant projects and has some key objectives she’ll have to deliver on this year.  And it’s a lot.  It’s a lot for anyone.  But I know she can handle it.  I am excited to see what this year brings for her because I know it’s going to be amazing.  She’s surrounded by some really awesome people at the office, who I know she can count on to make things happen.  She’s gonna do great!

On Friday night, after my last day of work, she helped me carry my things to my car and what we thought was going to be an emotional goodbye, didn’t really turn in that direction at all.  I had cried earlier saying goodbye  to even the most pesky co-workers, and there wasn’t a tear in my eyes saying farewell to my long time side kick, pal and protege.  She made a joke about me missing her the least, but the reality is–I will miss her the least.  Because I’m not going to miss her.  Sure I’ll miss seeing her beautiful face every day, I’ll miss  the sound of her laughter, and I will definitely miss the poor nutritional choices we made on a daily basis (guilt free).  But I’m not going to miss her.  She will continue to be a huge part of my life, filling up a special place in my heart while I’m at home with my babies–our relationship runs much deeper than 9-5, Monday to Friday.  We don’t need to be three feet apart to maintain our friendship–it’s going to last for a long, long time…no matter our proximity.

I certainly got a lot more than I had ever bargained for the day I hired that brown-eyed ram, Smash.  I thought I was simply getting a recent graduate for a product specialist.  Instead, I got a life long friend.  A lady who is truly awesome in every way.

I love you, chum. 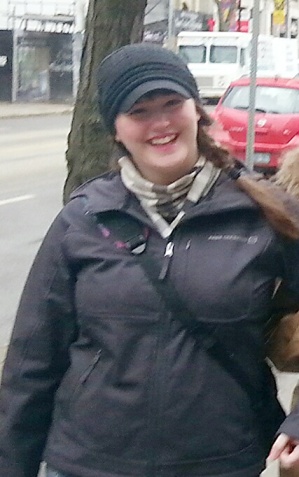 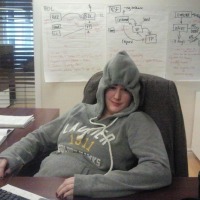 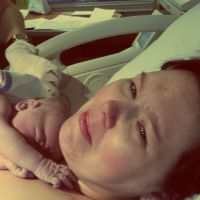 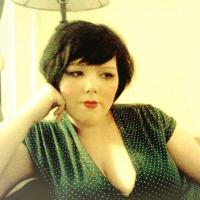 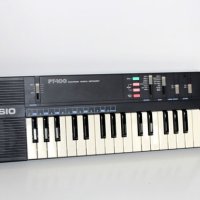 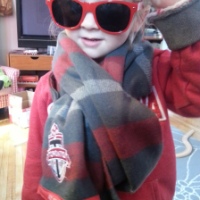 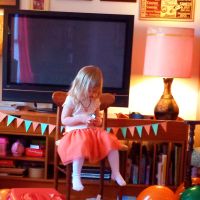 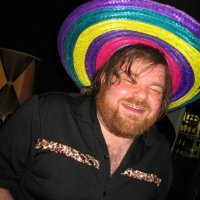